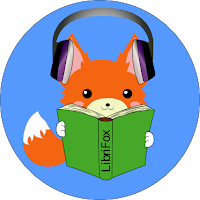 As I described in a previous post back in mid June at the start of the LibriFox "Summer of Code", I am not as a rule an early adopter of new technologies, and am now making regular use of a mobile phone for the first time in my life.

I just purchased a Nexus 5 and so far I am delighted with it.

Here is why:
What drew me to Firefox OS in the first place was a developer environment that lowered the barrier to entry (see my April 16 post, Firefox OS and Lowering the Barrier to Entry into ICT) and would thus be a platform friendly to student learning. With a mobile device that I like to use and feel closely connected with thanks to contributing to it through LibriFox, I am excited about the prospect of further developing the Firefox OS curriculum inroads we began last year and seeing both how far we can progress in the new year and what surprises our journey will bring.
Posted by jelkner at 2:10 PM 4 comments: 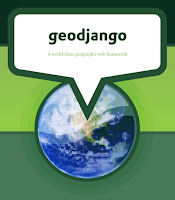 In my previous post on this topic, I ended up stuck with a database not existing error, which my good friend Kevin Cole very politely (only implying that I'm an idiot, while refraining from directly saying so ;-) pointed out that the documentation I'm using contains the instructions I need to create the database:


Unfortunately, running that gave me the following error:

Let me try a modified version (modified because my user doesn't have the privileges needed to create extensions) of the steps laid out here:

Now let me resume where I left off before the error:

Progress!  Let me keep going and see if my good fortune holds:

The tutorial continues with several other interactive examples showing how to use GeoDjango's pythonic interface to the GDAL library.  I began experimenting with python's GDAL wrapper back in April as part of the Introduction to GIS Programming and Algorithms course I took at George Mason University.  I documented the installation of these tools in a post at that time.  The ability to "play" with data at run time is one of the many things I love about Python, and this tutorial, like most python tutorials, is making good use of that powerful pedagogical feature of the language.  There is no need for me to recount the other examples here, however, so I'll skip over them.

The next step in the tutorial is to create a file in the world app named load.py that contains the following:
Note: The tutorial lists: from models import WorldBorder, which will cause an import error.  models needs to be .models for this to work.

After making that change, I was able to:

and watch as the countries of the world were loaded into the database.

Now would a good time to create a github repo.  First, I'll create a .gitignore file inside the top level geodjango directory (where manage.py is located) that lists the things I don't want in the repository:

This will tell git not to include the virtual environment, the python byte code files, and any vim swap files.  Next install git and initialize the repository:

Now I'll check to see what a git add . would add:

Since it looked good, I'll add do it, after configuring my git email and user:

Now push it to github (after adding an ssh key and creating a learn_geodjango project on github):

With the github repo now created, I'll continue the tutorial in a future post.

Posted by jelkner at 2:33 PM No comments:


"GeoDjango intends to be a world-class geographic Web framework. Its goal is to make it as easy as possible to build GIS Web applications and harness the power of spatially enabled data."

Since my goal is to become a free software GIS application developer, and since Python and Django are two of the core technologies I hope to utilize, GeoDjango seems like a no-brainer as something I should learn.

In this post I'm going to document the beginning process of setting up a GeoDjango server on a local VirtualBox VM.  In a later post, I'll look into installing it on the WebFaction application hosting service. Throughout this process, I'm going to modify the steps described in the tutorial to facility creating a github repo and migrating the app to WebFaction.

Since GeoDjango comes with Django, I'm going to start by creating a virtualenv on the same virtual machine I used to setup a django CMS virtualenv, the process for which I described in a previous post, Installing Django CMS on Ubuntu 14.04.  I'll install this new virtualenv right alongside the other one.  I'll be following the installation instructions from the GeoDjango Installation page, together with blog posts I've made previously documenting specific steps to install in my Ubuntu 14.04 VM. Installing GeoDjango requires installation of:
I'll tackle each in turn.

According to the documentation, "PostGIS is recommended, because it is the most mature and feature-rich open source spatial database." It also recommends that Ubuntu installation use packages.  Since I'm new to this, I'll follow the recommendation.

Next setup a database user who can create databases:

Now follow the tutorial to see if it works (note: the command in red has been modified from tutorial with the aim of keeping the virtual environment directory (env) inside the project directory):

Change the DATABASES section to match the following:

Also add the last two items to INSTALLED_APPS so that it looks like this:

For the next step, we will need some gdal packages (and I'll grab unzip while I'm at it:

The tutorial includes another ogrinfo example command that provides more detail about the world borders shape file, which I'll skip in the interest of space.  I will include the excellent short description of each of the component files in the shapefile:

Next edit the models.py file so that it looks like this:

The default spatial reference system is WGS84.  New to me from the documentation is the existence of Open Geospatial Consortium (OGC) Spatial Reference System Identifier (SRID), which in the case of WGS84 is 4326.

The next step in the instructions were to run:
This didn't work for me, giving me the following error:

I fixed this with:

But when I ran the next command:

I got a database error:

Anticipating that I might need knowledge of PostgreSQL databased administration, I began looking into that in an earlier post. I better look into that further before returning to the present task.

Tools for Visualizing Lidar Data I


A friend of mine recently sent me a link to an article on opensource.com titled   Manipulating data in 3D with LidarViewer.  His timing couldn't have been better, since LidarViewer is a free software tool for visualizing Lidar data, and is thus just the kind of thing I need for my Summer project.  Even better, the downloads page starts with an Ubuntu PPA, so installation should not be a nightmare.

I'll do my installation on a VirtualBox VM running Lubuntu 14.04.  I like to use VMs whenever I am trying new software that is not part of the standard Ubuntu software repositories, since this keeps my host machine stable, while letting me experiment without fear.

Here is what I did:

The installation page doesn't list the packages included in the PPA, but the Launchpad page for the repo does.  There is a package named lidarviewer, so I'll install that:

Running lidarviewer at the command prompt after installation completed gave me a "command not found", so I checked to see what the package had installed:

A quick search on the exception led me to the Lidar Viewer Manual.  Since I already installed the application from the Ubuntu PPA (Ubuntu rocks!), I can skip most of the installation instruction section. In the MacOS instructions, however, I found sample data for testing the application.  Downloading and unzipping the sample data, I changed into the LidarViewerExamples directory and ran the following command and got the following error:


I'm using a VirtualBox VM, and this message is telling me to enable 3D acceleration.  After enabling 3D acceleration on the VM, the application reported a long list of OpenGL errors.  I found this bug ticket showing I'm not the only one with the issue.

I added the same PPA to a laptop running Ubuntu 14.04 (thus loosing the safety of the virtual machine) and installed both the lidarviewer and  vrui-examples packages, after which I could run the examples on the laptop without error.


Next I'm going to install another set of tools for visualizing and processing Lidar data, lidar2dems.  Installation instructions are found here, and contain a number of utilities such as LAStools, which I'll need to uncompress the LAZ files that are on the Virginia Lidar website.

Installation of the lidar2dems software is made easy by an installation script, easy-install.sh.  After downloading the script, run:

The script took almost two hours to complete on my VirtualBox VM, but it completed without error.

It did not, however, install many of the LAStools utilities, especially laszip, as I had hoped.

which created a LAStools directory with several subdirectories, including a bin subdirectory that contained windows .exe binaries and _README.txt text files for many LASzip utilities, including laszip.exe.  Next I:

This created the following Linux binaries in the bin directory:

To test if laszip works, I grabbed a LAZ file for downtown Leesburg:

So it appears to have uncompressed the LAZ file into a much larger (almost 8x larger) LAS file.

Given that it is free software with an LGPL license, I don't understand why someone in the Open Source GIS community hasn't made this installation much simpler on Ubuntu yet.  For now, I've made a modest contribution toward that goal by creating a page with the Ubuntu binaries on my Open Book Project site: