Learning to use Python to make maps is becoming more fun the more time I spend with it.  This morning I was able to successfully generate a color coded precinct map showing which precincts were won by Alan Howze and John Vihstadt in last November's Arlington County Board election.

Here is what I did:
Here is the resulting map: 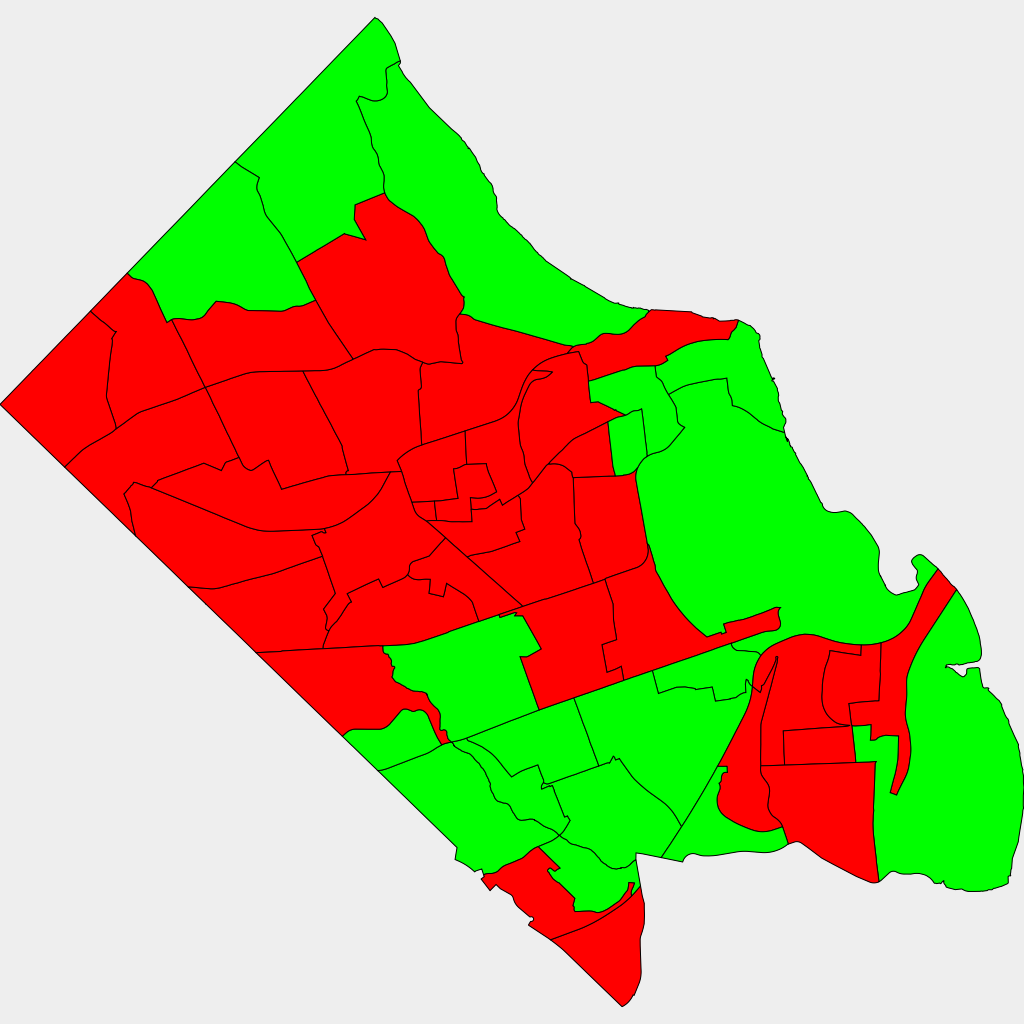 I plan to spend the rest of my available time today trying to overlay Columbia Pike, the road along which the proposed streetcar that caused such a stir in this election had been planned to run.

I found a shapefile with all the roads in Arlington County here.  I'm planning to explore this file with the pyshp rather than the GDAL module, since pyshp is pure python instead of a wrapper around a C++ library and thus will be easier to work with.

My next post will report on my results.
Posted by jelkner at 1:44 PM